For those of you that are even still following my blog, I truly applaud you.

Nine months with no update, I probably wouldn’t have continued following myself! Regardless, since I now have an excess amount of time on my hands, I figured what better way to spend it than to update my blog that I never look at.

So, here is a very short update to fill everyone in on the nine months I’ve been MIA.

When I first started my program, I took off running.  I was in classes 6 days a week, that includes Saturdays, and was super busy.  I still managed to work in riding rime at least 5 times a week, but finding a job that I could work at to bring in some much needed dispensable income wasn’t possible.

I then befriended a trainer that had recently moved to my facility, and we quickly became fast friends. He was hoping to get his amateurs status again, so he was relishing in not having a full barn anymore, and I loved listening to his stories about all the friends and acquaintances we had in common. We would routinely go out on the trails together, fitting in some nice roadwork that was great for Libby and working her stifles.  He would help me a bit with Libby, and after way too many people at the barn approached him for help with their horses, he tossed away the thought of getting his ammy status back, and I officially started training with him.

Unfortunately the hot Florida summer really got to Libby, and I was having a hard time keeping her cool.  Finding the concoction that would get her to sweat, including a triple dose of One AC and Ventipulman took a long time, and finally after weeks of barely riding her, she started sweating normally again. We also went through an activation of another sarcoid, but it has since healed up nicely.

From this right after the sarcoid fell out

To this taken 2 months later

At that point I actually came down with an awful stomach bug, so was out myself for about 2 weeks.

​
After the bug of death, I was able to ride for a little under a week until my eye started bothering me.  Fast forward through all the doctors appointments, and ER room visits, and I was finally diagnosed with an Acanthamoeba infection of the cornea.  I have the best luck with my health don’t I??!!

So I am now currently stuck in a dark room for the next few months until this is gone, and I regain my eyesight back.

I am so lucky in that I have my trainer that looks after my horse for me, the best barn facility in the world that truly takes care of her as one of their own, and I was even able to find a friend who is horseless and competent enough that is able to ride her for me 4+ times a week.

When I tell you her texts about Libby are the highlights of my week I am not kidding.

I’m again so appreciative that I have someone who I can rely on to take care of Libby for me, and also thankful it is someone that I believe can truly handle anything Libby throws at her.  She’s going to start riding her over fences, with the help of my trainer, and I’m so excited for her.

So thats that! I’m hoping that I’ll be back to normal soon, and that I can get back to riding, school and work as fast as possible.  Until then, I’ll be here!! 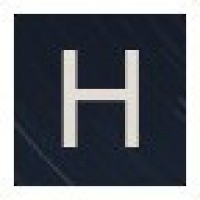